My Story, where do I start? My daughter, Serenity, was born at 31 weeks via emergency c-section because she had stopped growing in utero at 19 weeks gestation and that was the beginning of my journey with her. She was born 3 lbs 6 oz and was in the hospital for almost a month before I could bring her home. She went through many tests from daily blood work to spinal taps and 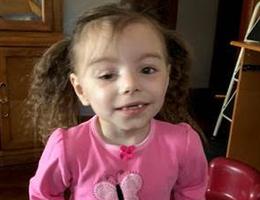 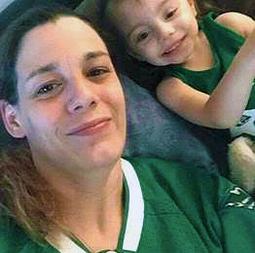 echocardiograms that revealed her PDA and VSD. We had many of those in the beginning and they had talked about doing surgery to close her PDA but decided to just keep an eye on it. When she turns 5, they are going to do the next one because its closing slowly on its own. I noticed before her first birthday that she would twitch and when I had mentioned it to the doctor he had asked me to capture it on video for him and that was a hard task as they were so fast, almost milliseconds.

When we got the call for the results, we were told that we

would need to be tested, too. Well here we find out that I

none of this with them. After we got our seizures under

control we then started to notice that she was not talking.

We started In-home speech therapy sessions once a week

for a year and we are now forming 3 word sentences. The

ones that are closest to us understand what she says,

however, most outsiders wouldn’t have a clue but we are

always here to translate for her. To date now, her seizures

are controlled and we are 3 years old and a whole 20 lbs. 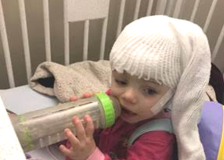