This is my story as far as I can remember.

Growing up was not that easy. I had people looking at me

differently. From what I can remember was from first grade on.

When I was in first grade, I can remember how I always felt

different or out of place. I was very skinny.

I can remember in first grade being looked at differently because

of how I looked and how awkward I was in a social setting. I think

wear the eye patch. I had to repeat first grade because my parents (

first grade. I ether believe it was half the year or something like

brief time before repeating first grade again. I went all the way

through elementary school but it was a struggle because I remember being tested for ADD and early on I took Adderall which was something the school thought would help me. During my time in elementary school, I was tested for a learning disability: I was labeled with that label and then went to a special class that would give me more one on one attention. They also use to read tests out loud to me because I knew the answers but I could not take it from my brain to my hands to write the correct answer down. Because of that, they put on my permanent record that I needed more help with tests and it has carried with me my whole life. I know there were more things I was tested for but I can't remember.

After elementary school I went to middle school. In middle school I use to get made fun of because of looks and the teachers would look at me different. I was still awkward in a social setting with groups of kids. It was hard for me to fit in with kids my age. I remember one of the turning points for me was when one of my middle school teachers judged me. I had to do a report on rocks, so I went to my teacher and talked with him and asked if I could do it on all the rocks instead of just one type of rock. I studied my rocks and I used to collect rocks and ended up with a big rock collection and thought how cool would it be to do a powerpoint and have music playing as I passed out the rocks. When it was time for me to stand up in front of the class, my dad came in with a computer, speakers and my collection. I passed them out and when the other kids were looking at the rocks I did my report with my slides. After my report was done I sat down. Then my dad took the stuff back home . A few weeks went by and my dad asked what I had made on my report and I was embarrassed to tell him that I had made a B-. My dad asked me why I had only made a B-. He asked what did they other kids make and I said B+ and such with their poster board stuff. He asked why and I told him that my teacher did not believe that I had done the report on my own. He said that he said that my parents must of done it for me because no kid could be creative and do it on their own. Obviously he did not know me and know that I loved technology. Once my dad heard that he went to the school and talked with the principle and the teacher and the teacher said the same thing he had told me about why he gave me that grade. My dad let them have it and from that day he pulled me from public school and I was home schooled.

I was homeschooled from 7th grade until I graduated high school.

I have always had a challenge growing up, being different. I had people that I would not go anywhere and asked why I acted differently when in groups. It was hard for me to make friends because people would either look at me different or think I talked to much. I have been told that I talked too much and talked too loud. I can go on from here but to sum up: it was not easy growing up with the symptoms of KBG syndrome. I know I did not know I had it then, but from what I know now about KBG it answered all my questions and the questions that all the doctors and my parents had. I didn't hit 100 pounds until I was in junior in high school. I was always small and still am. I am on the high end of the functioning spectrum of KBG. I work in IT as a tech so your little KBGers can push forward with this and make something of themselves if they work for it.

My son, who also has been diagnosed with KBG (It's how I found my diagnosis as well) looks almost identical now as I did at his age with the bigger head, smaller body, big teeth, triangular shaped head, small bone density. He use to have feeding problems at birth. This is just like me as a kid to the T.

This is just a summation of what I can remember of my life that I wanted to share and I hope it helps. I hope my story can shed some light on what to expect with your loving KBGer.

Thank you for contacting us! If needed, you will hear back within 48-72 hours.
We were unable to upload your file. Please ensure your file is 10MB or smaller in size. 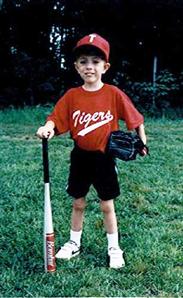