born on Halloween that year. Mercy came into this world butt

first and not crying by c-section and was 5lbs 13.2oz and

18.5 inches long; I had never held such a beautiful but yet so

Things seemed well that night until I noticed

something was not right with Mercy, she started making weird

gestures with her lips, and then began frothing at the mouth; I noticed right away that she was choking/suffocating. I acted quickly I began to pat her on her back. Luckily for Mercy staff on duty and my quick actions saved her life a mucus plug had blocked her airway, but little did we know this was just the beginning for her struggles she would have.

Mercy would go to the doctor twice a week every week and had numerous specialists appointments. I can’t say what clicked for her, she just started finally gaining and maintaining weight.

She dealt with so much so early on; she was considered deaf at first but come to find out she had fluid trapped behind her eardrums, she wouldn’t take her first steps till 2 weeks before her 2nd birthday, she has very poor eyesight, speech delays, cognitive delays, behavior disorders, it just seems like the list goes on.

we were told if the surgery to fix her ears didn’t work she may never hear she hears fine now;

we were told over and over if this diet change didn’t work her future would be bleak but here                she is just trucking along.

The day we received her diagnosis of KBG was truly

just relief for me it was never anything we or were

going to do she was always going to struggle because

as good as doctors and family are they are judgmental

and condescending and was just like see I told you

there was something wrong!!

Mercy is now 3 attends school twice a week and

loves to sing, dance, spend time with mommy and daddy.

Anyway that’s Mercy’s story and I’m glad I got the chance to tell you about her!! 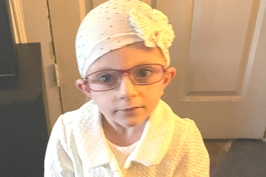 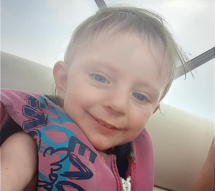 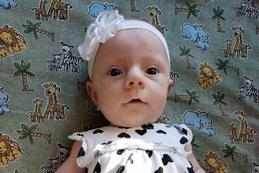