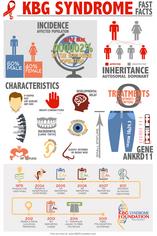 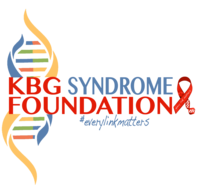 Manchester, Md. July 1, 2022-  The KBG Foundation, a U.S.-based nonprofit organization with international partnerships working to improve the lives of people with KBG Syndrome, announced today that it has been approved as a platinum member of the National Organization for Rare Disorders (NORD), the leading independent advocacy organization representing all patients and families affected by rare diseases in the United States.

“NORD membership is another step the KBG Foundation has taken to strengthen our organization,” said CEO and Co-Founder Annette Maughan. “We have grown a large, engaged community of patients and families, and in the past two years, contributions have increased to the point that we are poised to take action that will help connect researchers to our population. We are excited to work with the community and resources that NORD membership brings.”

"The National Organization for Rare Disorders (NORD) welcomes the KBG Foundation as an official member organization. The KBG Foundation met the high standards and criteria of NORD Platinum level membership and joins our network of more than 300 rare disease member organizations,” said Peter Saltonstall, NORD President and CEO. “As the leading independent advocacy organization representing all patients and families affected by rare diseases in the United States, NORD is proud to support and work alongside our members in improving the lives of those impacted by rare diseases."

ABOUT THE NATIONAL ORGANIZATION FOR RARE DISORDERS (NORD)
The National Organization for Rare Disorders (NORD) is the leading independent advocacy organization representing all patients and families affected by rare diseases in the United States. NORD began as a small group of patient advocates that formed a coalition to unify and mobilize support to pass the Orphan Drug Act of 1983. Since then, the organization has led the way in voicing the needs of the rare disease community, driving supportive policies, furthering education, advancing medical research, and providing patient and family services for those who need them most. Together with over 300 disease-specific member organizations, more than 17,000 Rare Action Network advocates across all 50 states, and national and global partners, NORD delivers on its mission to improve the lives of those impacted by rare diseases. Visit rarediseases.org.


ABOUT THE KBG FOUNDATION
The KBG Foundation is a  501(c)(3) nonprofit organization, dedicated to providing support, assisting in research programs and advocating to raise awareness about KBG Syndrome. Learn more at www.kbgfoundation.com, or follow us on Facebook and Twitter.

ABOUT KBG SYNDROME
KBG Syndrome is a rare genetic disorder caused by a mutation on the ANKRD11 gene, associated with a spectrum of challenges, including developmental delays, cognitive disabilities, behavioral disorders, autism, seizures, hearing loss, skeletal anomalies, heart complications and gastrointestinal problems. Most people with KBG share at least some physical traits, including a triangular face, heavy eyebrows, curved fingers and spine, and short stature.