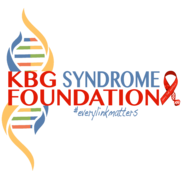 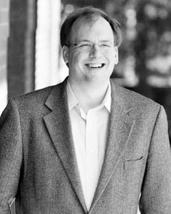 a U.S.-based nonprofit organization working to improve the lives of

people with KBG syndrome, is thrilled to announced it has awarded

its first Seed Funding grant to Dr. Gholson Lyon, M.D., Ph.D, of  the

Institute for Basic Research in Developmental Disabilities, who will

be conducting research under the Research Foundation for Mental

Hygiene, Inc. into the cognitive and behavioral functioning of people with

KBG syndrome and the role seizures play in any impairment over time.

“It is fitting that the first grant we award is going to Dr. Lyon.

He has been an advocate for people with KBG syndrome for seven years,

and we are grateful he has been a member of our Scientific Advisory Board,” said Annette Maughan, CEO and co-founder of the KBG Foundation.

The KBG Foundation’s Seed Funding program was launched in November 2022. Grants of up to $10,000 are intended to expedite projects by supporting investigative research into KBG Syndrome and the ANKRD11 gene or otherwise enabling research to move forward.

“I am very grateful to the KBG Foundation for funding this work to obtain quantitative data regarding the general functioning of children and adults with KBG syndrome, alongside an analysis of whether secondary factors, such as seizure development, somehow alter the trajectory of cognitive development,” Lyon said. “The prior work on this has and continues to be funded by New York State Institute for Basic Research (IBR) in Staten Island.”

Among Lyon’s work is a paper published in August 2022 in the European Journal of Human Genetics, which the Foundation was able to assist with, on the role of videoconferencing and use of artificial intelligence driven facial phenotyping. Lyon has also co-hosted three international summits with Dr. Anastassia Voronova. Two invited researchers to present their recent work pertaining to KBG syndrome, and one brought together researchers and practitioners to develop treatment guidelines.

“In 2022, we received more donations than in the past six years combined. The amazing generosity of our community of families affected by KBG and their own friends and relatives enabled us to launch this program and ensure it is funded for two grant cycles,” said KBG Foundation CEO and cofounder Annette Maughan. “Scientists are out there doing important work. They are giving us hope, not only that treatments are in development, but also that they're attainable in the not-too-distant future. We want to help them along the way."

ABOUT KBG SYNDROME
KBG syndrome is a rare genetic disorder caused by a mutation on the ANKRD11 gene and associated with a spectrum of challenges, including developmental delays, cognitive disabilities, behavioral disorders, autism, seizures, hearing loss, skeletal anomalies, heart complications and gastrointestinal problems. Most people with KBG share at least some physical traits, including a triangular face, heavy eyebrows, curved fingers and spine, and short stature.

ABOUT THE KBG FOUNDATION

The KBG Foundation is a 501(c)(3) nonprofit organization, dedicated to providing support, assisting in research programs and advocating to raise awareness about KBG syndrome. For more information about the Seed Funding program and other initiatives or to donate, visit https://www.kbgfoundation.com/home.html.

ABOUT THE RESEARCH FOUNDATION FOR MENTAL HYGIENE
The Research Foundation for Mental Hygiene, Inc. (RFMH) is a private, not-for-profit membership corporation organized in 1952, for the purpose of assisting and enhancing the research and training objectives of the New York State Institute for Basic Research in Developmental Disabilities. Learn more at: http://corporate.rfmh.org/

The KBG Awareness Ribbon is a trademarked ribbon and free to use for personal use. To use commercially, please contact pr@kbgfoundation.com 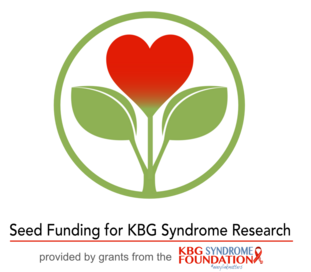