Assistant Professor
Department of Medical Genetics
University of Alberta
8-32B Medical Sciences Building
Edmonton, AB T6G2H7
​
Anastassia Voronova completed her M.Sc. in Gene Technology at the Tallinn University of Technology in Estonia. She subsequently obtained her Ph.D. degree from the University of Ottawa in Canada under the tutelage of Dr. Ilona Skerjanc, where she studied the regulation of embryonic stem cells. During her postdoctoral fellowship at the Hospital for Sick Children in the laboratory of Dr. Freda Miller, she made seminal discoveries how epigenetic gene Ankrd11 regulates neural stem cells during brain development and how cell-cell communication between neural stem cells in the brain and a specific type of neuron, the inhibitory neuron, instructs neural stem cells in the developing brain to become oligodendrocytes, the building blocks of myelin in the white matter. Anastassia is now an Assistant Professor at the University of Alberta where she holds a Canada Research Chair in neural stem cell biology.. Her independent research program focuses on i) understanding how perturbations in Ankrd11 lead to KBG syndrome using mice as a model system; and ii) translating her discoveries on neural stem cells during brain development to brain regeneration from the adult neural stem cells.

She is the 2022 winner of the Jordi Folch-Pi Award from the American Society for Neurochemistry, which recognizes outstanding young investigators who show a high level of research competence and originality. 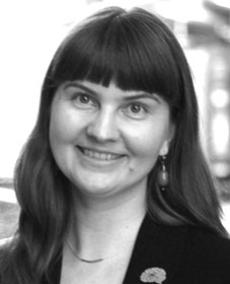